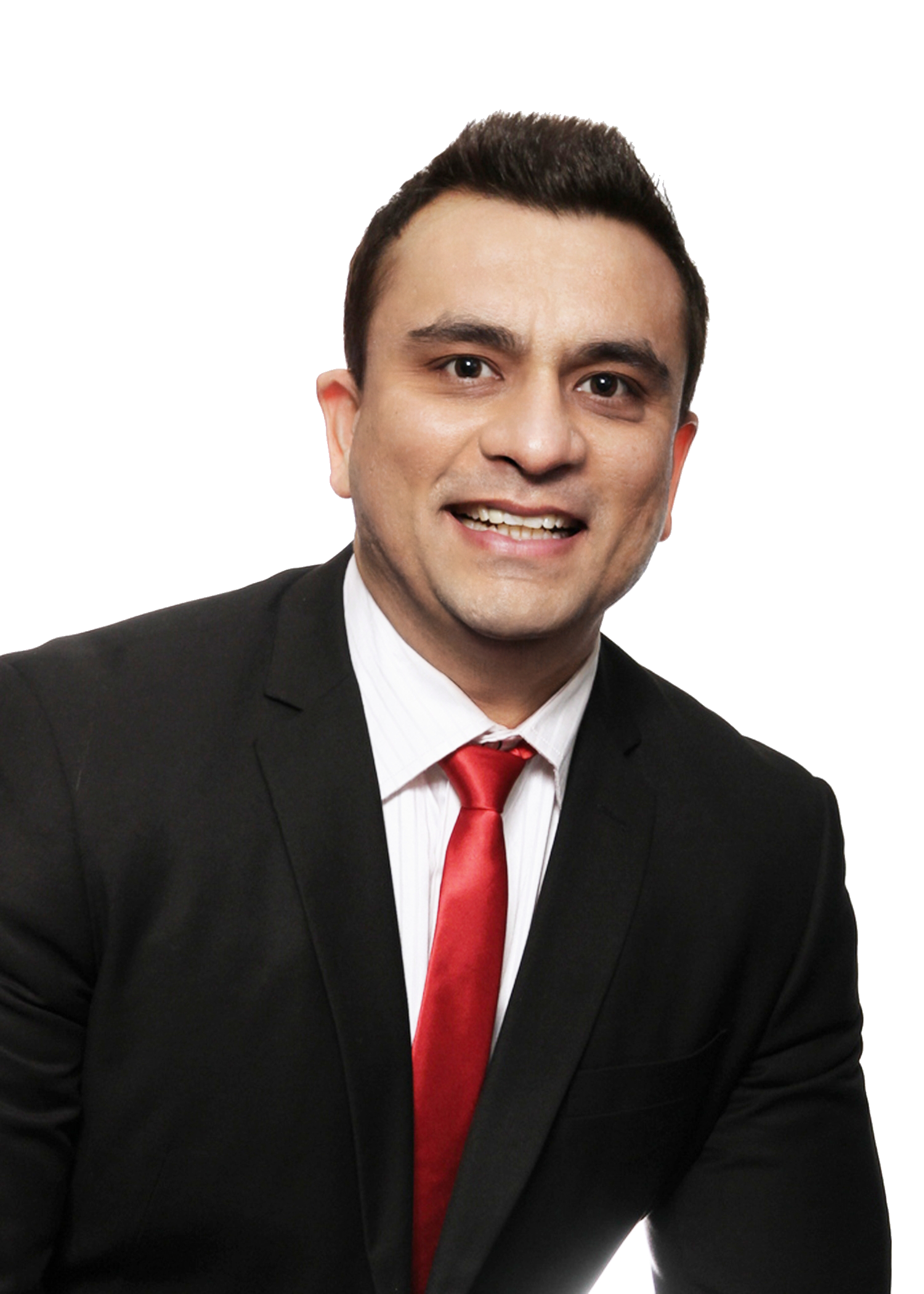 2020 starts off with a bang for the Toronto housing market, as the latest round of data reveals year-over-year prices have already begun a meteoric rise. The Toronto Regional Real Estate Board (TRREB) reports that home prices soared 12.3% in January 2020 to $8839,363 from January 2019. 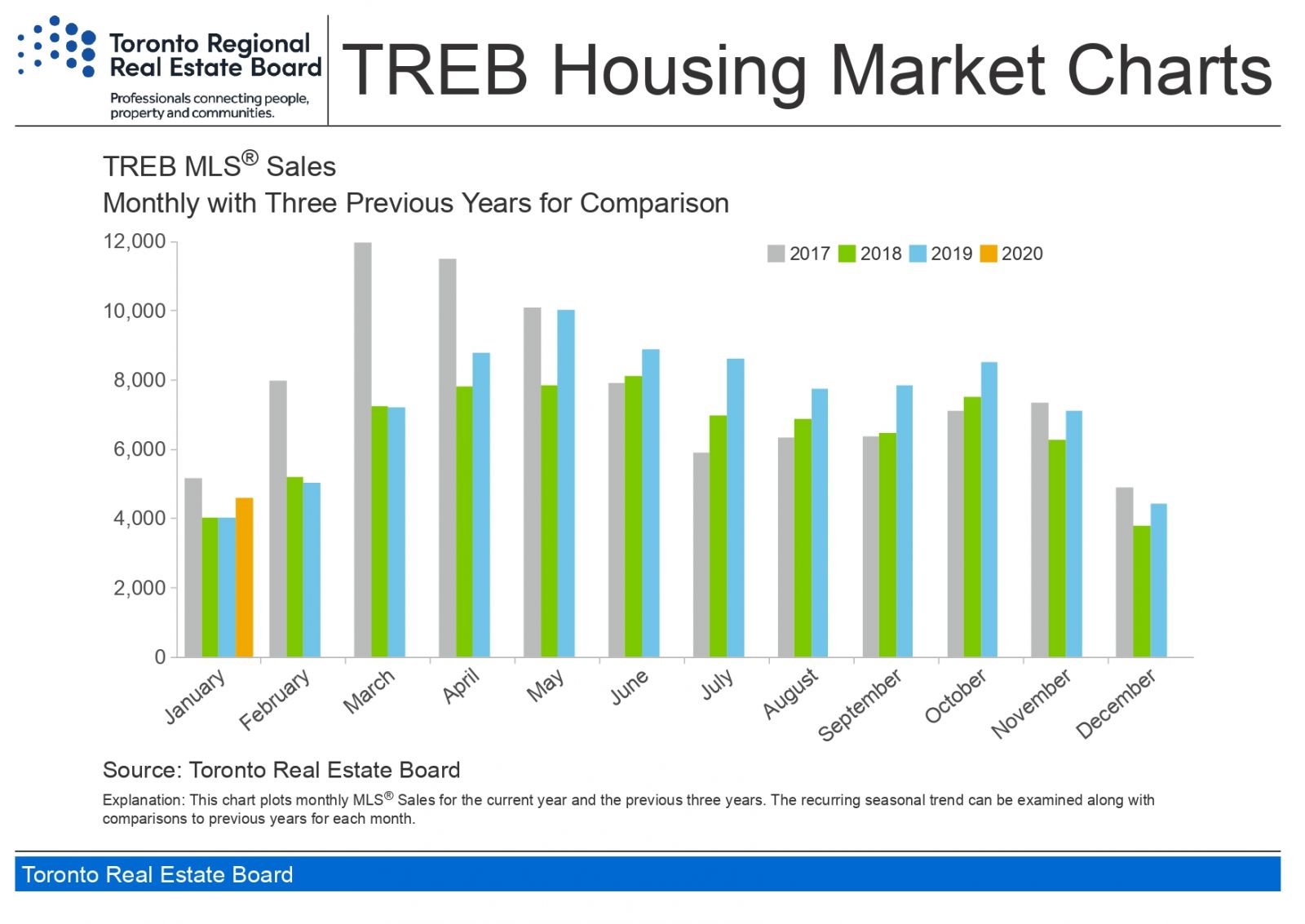 Detached houses, which declined in some months in 2018 and 2019, are now clearly on the upswing. Detached prices rose 16.7% to $1,369,848 in the City of Toronto and 8.7% to 957,287 in the suburbs. There are very few places across the GTA where it’s still possible to buy a single-family home for under $1 million without extensive renovations being needed. Bargain hunters should head to Durham Region and Simcoe County.

But even as buyers showered attention on detached houses, they also didn’t neglect condos — prices for units grew 15% to $679,182 in the 416 and 14.3% to $521,878 in the suburbs. Almost all condos were sold in the City of Toronto and Mississauga, with a few more sprinkled around York Region. 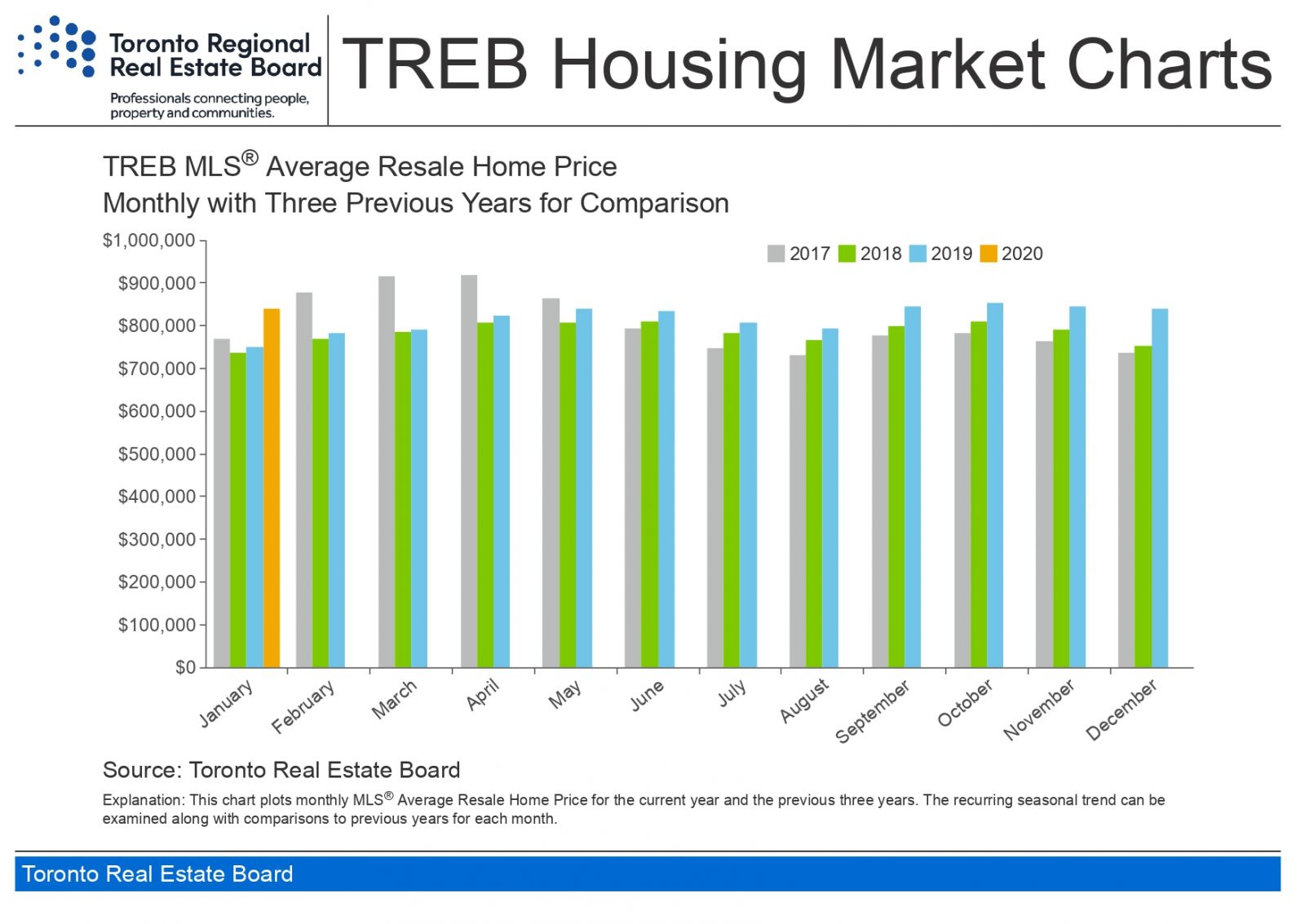 With very strong growth in the number of sales up against a continued dip in the number of new and available listings.  Tighter market conditions compared to a year ago resulted in much stronger growth in average selling prices. Steady population growth, low unemployment and low borrowing costs continued to underpin substantial competition between buyers in all major market segments. 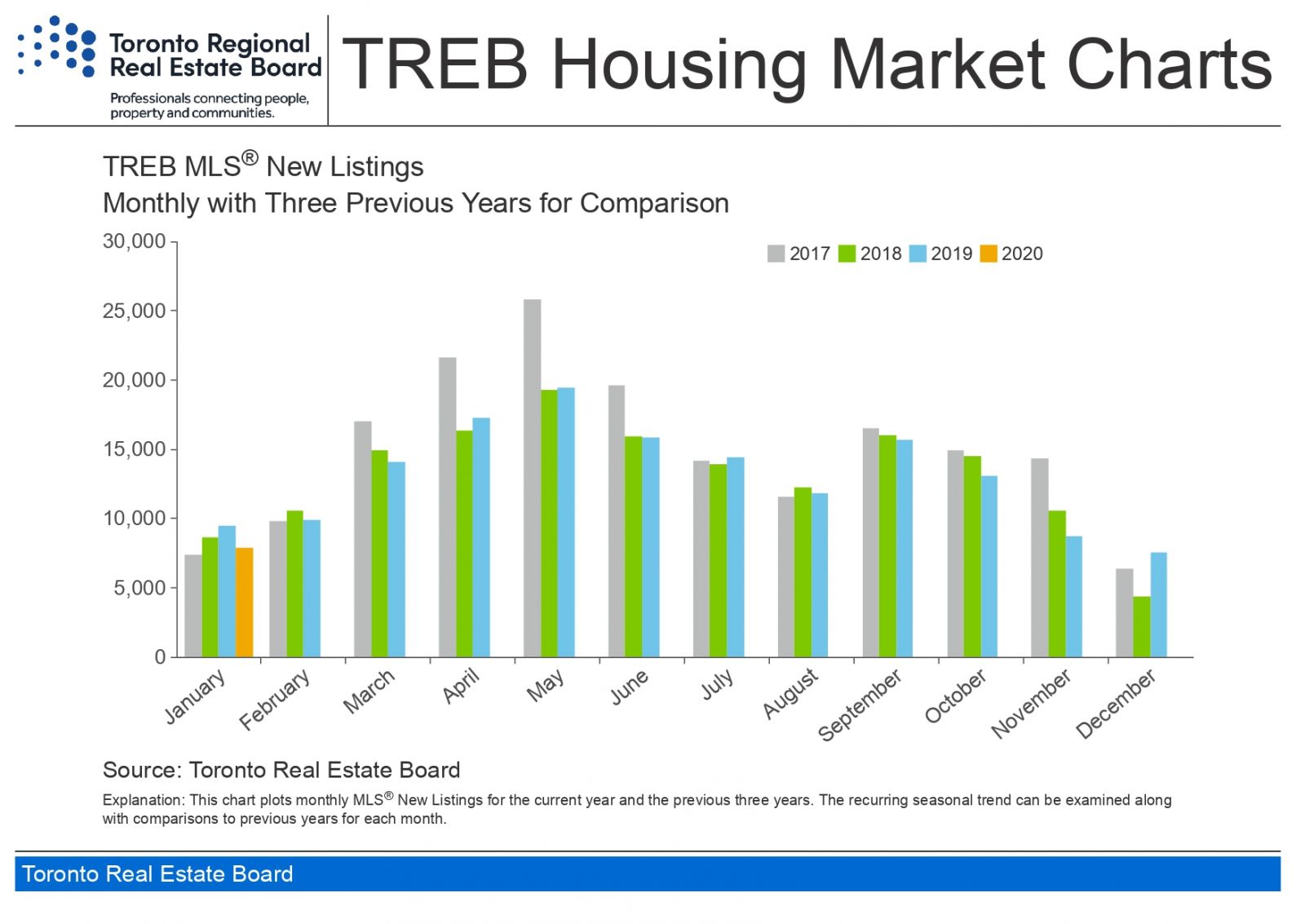 Extremely low supply and an uptick in demand is ensuring that buyers have no choice but to outbid each other if they want a property. Sales are far outpacing inventory and are up 15.4% compared to January 2019. Meanwhile, new listings sank 17.1% and active listings a full 35%. 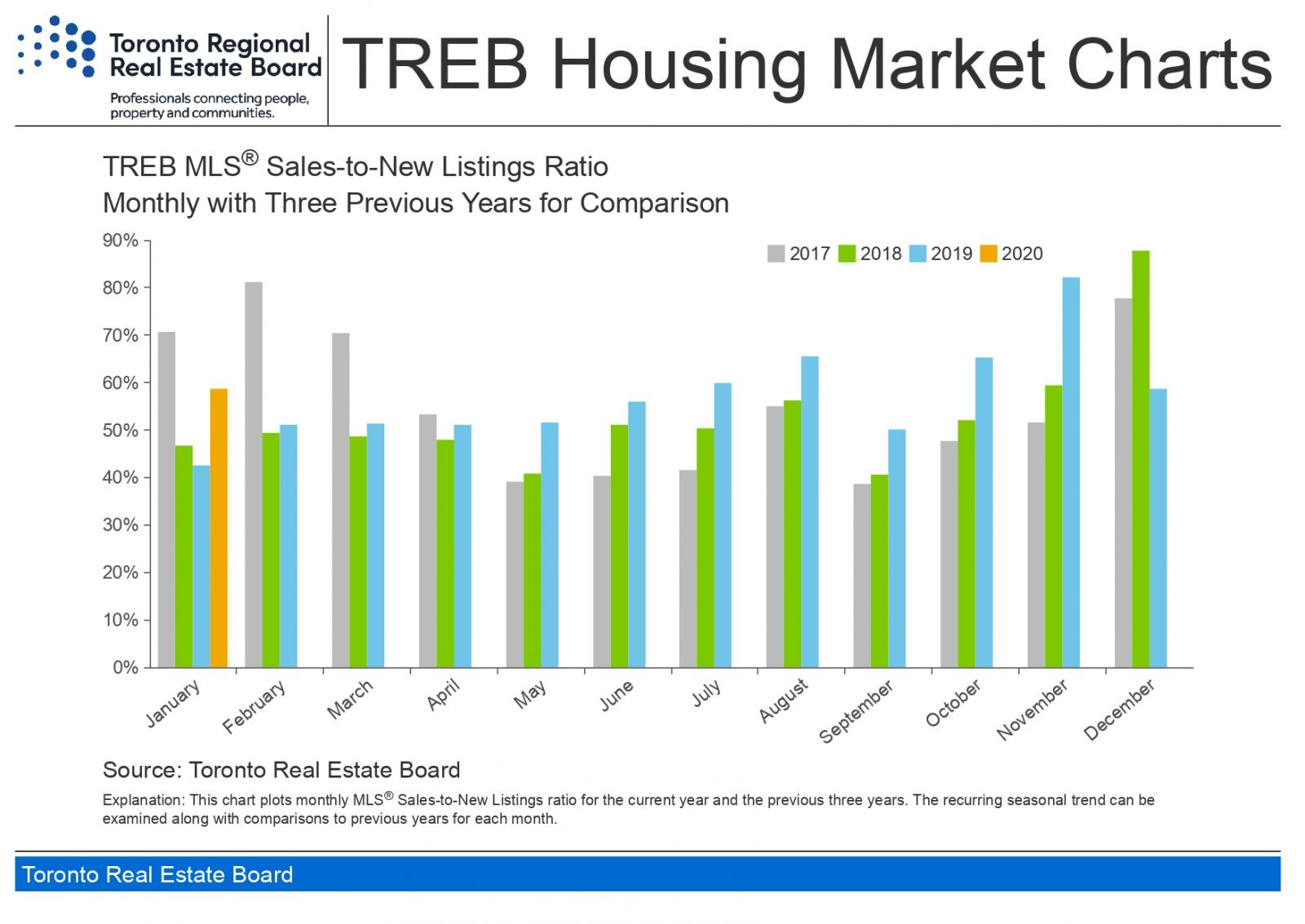 Surprisingly, detached houses appear to have made a comeback across the entire TRREB region, even suburbs that were previously slow moving, such as Vaughan, Richmond hill and even in Oshawa, Whitby. It appears that buyers have fully adjusted to the new, tighter mortgage rules and are now looking for single-family homes to occupy.