The Toronto Real Estate Board says home sales in the Greater Toronto Area in August were up 13.4 per cent compared with a year ago.

The board say there were 7,711 home sales through its MLS system in August, up from 6,797 sales reported in August 2018.  On a month-over-month basis, after preliminary seasonal adjustment, sales were up by 0.8 per cent.

Market conditions also became tighter in August 2019 compared to a year ago because, while sales were up year-over-year, new listings were down by three per cent over the same time period to 11,789.

Year-to-date, growth in sales has well outstripped growth in new listings.  This is why overall active listings counted at the end of August were down by more than 11 per cent compared to August 2018.

The MLS® Home Price Index Composite Benchmark for August 2019 was up by 4.9 per cent on a year-over-year basis.  The average selling price, at $792,611 in August 2019, was up by 3.6 per cent year-over-year.  Both the MLS® HPI benchmark prices and average selling prices were up on an annual basis for major market segments.  The condominium apartment segment continued to lead the way in terms of price growth, followed by higher density low-rise home types and finally detached houses. 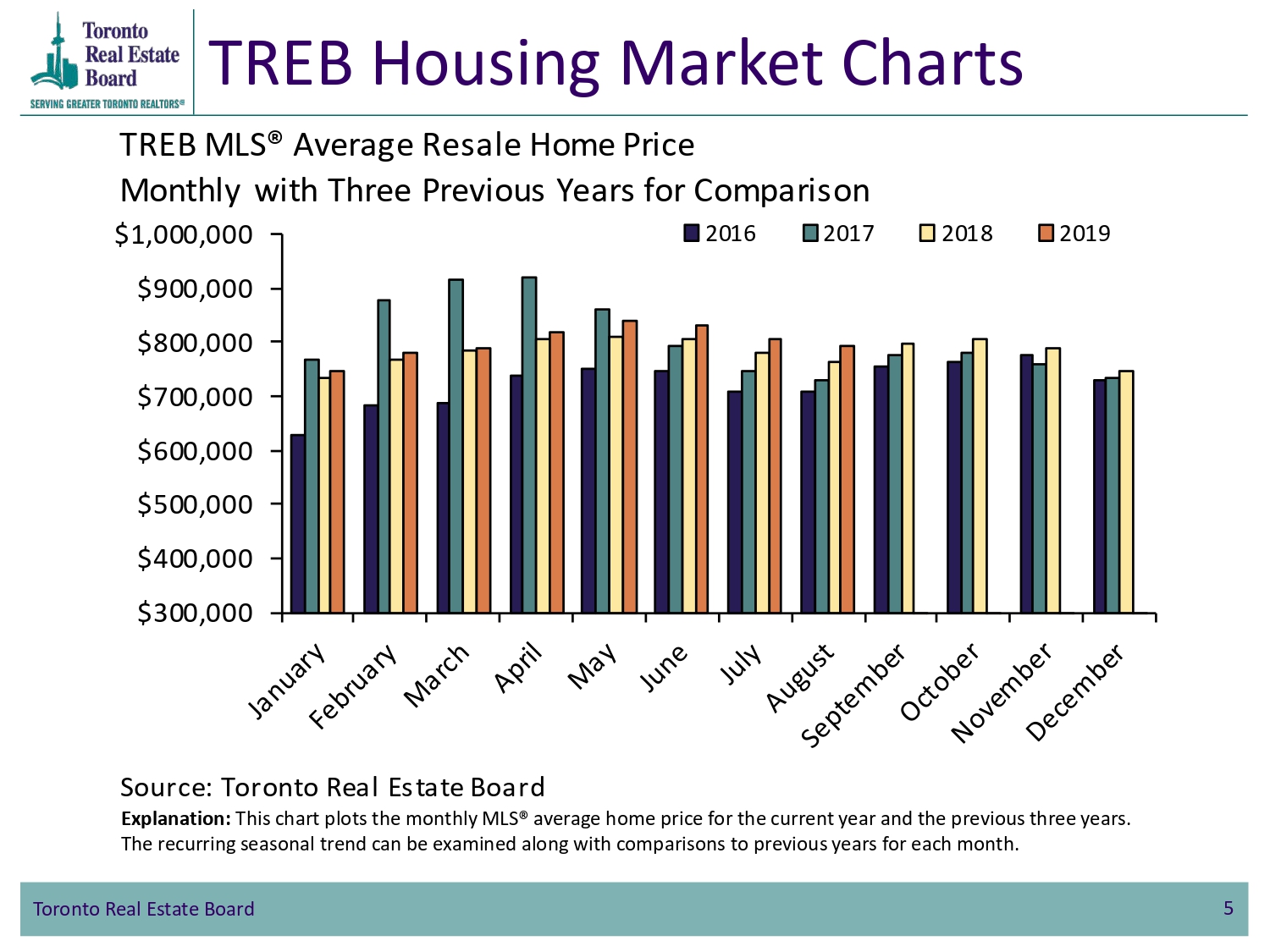 "This year’s market through August has been characterized by receding listings and increasing sales relative to 2018.  Competition between buyers has increased, which has led to stronger annual rates of price growth, most notably during this past spring and summer.  Right now, the overall pace of price growth is moderate.  However, if demand for ownership housing continues to increase relative to the supply of listings, the annual rate of price growth will accelerate further.  This underpins the importance of solving this region’s housing supply issues, which will go a long way to insuring a sustainable pace of price growth over the long term." said Jason Mercer, TREB’s Chief Market Analyst. 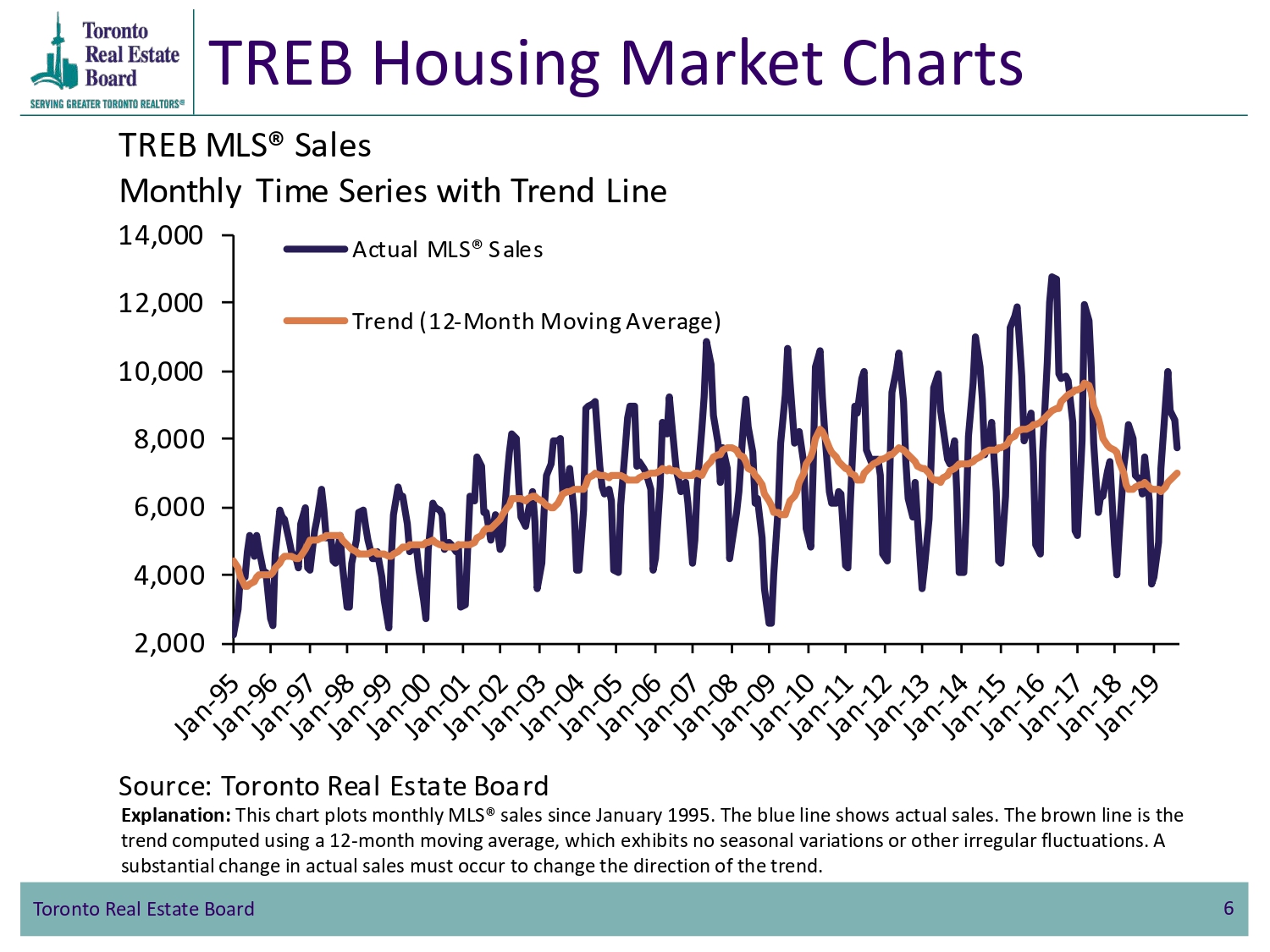 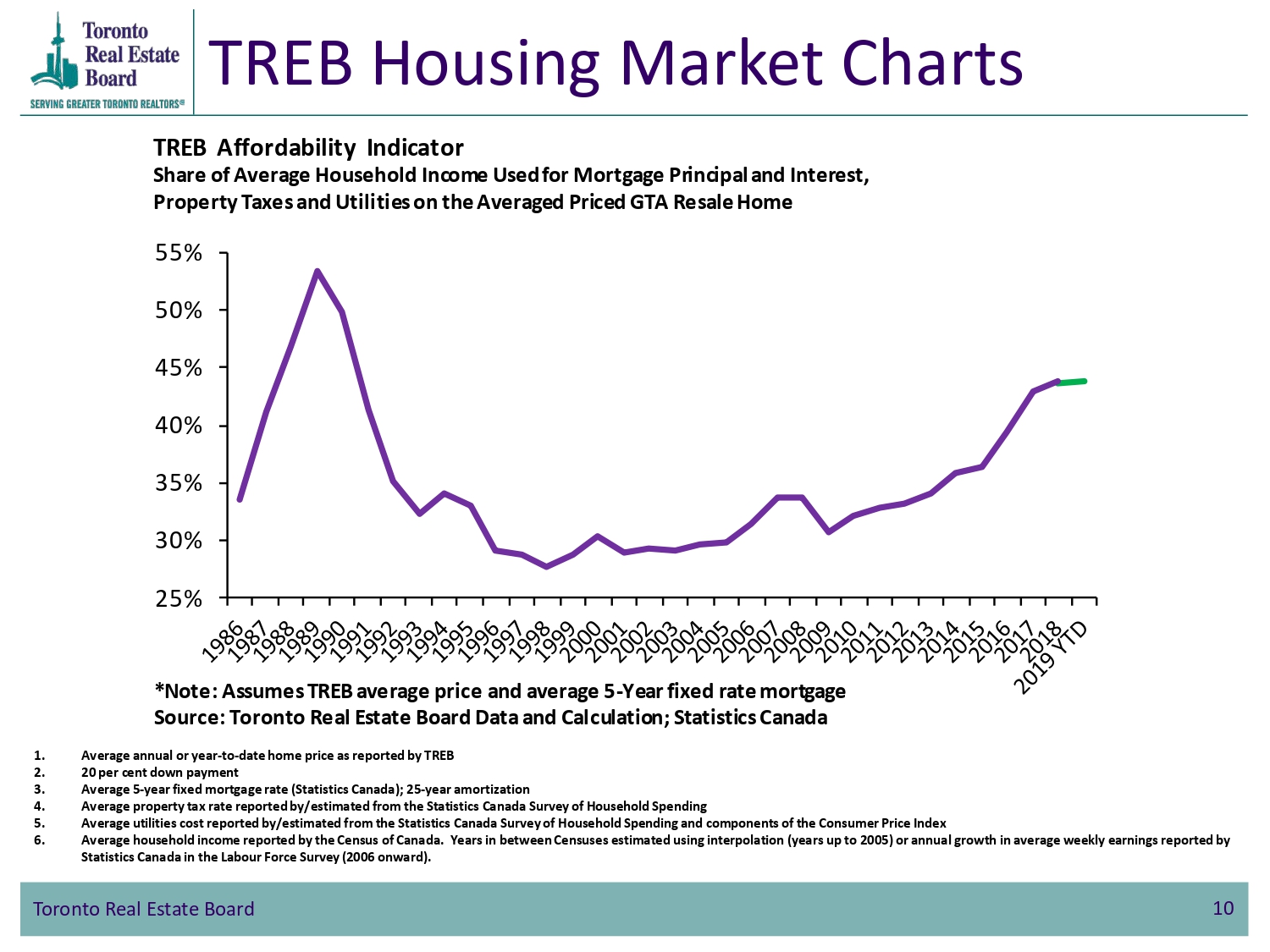